Here’s the tagline from HBO Max:

A printer named Henry Spencer is on vacation when he learns that his ex-girlfriend, Mary X, has given birth to a terribly deformed baby. Henry marries Mary and the two try living together, but it does not work out. So Mary leaves and Henry begins to care for the baby. After this, several bizarre events take place.

Wait, what? After this things get bizarre? Haven’t you been paying attention up to this point?

There are visions of a woman in Henry’s radiator who dances and crushes small, tadpole-like creatures. Henry has a tryst with a woman who lives across the hall, and he has a dream that his head is being used to make pencil erasers.

Did I like it? I don’t know. I saw it three days ago and am still trying to figure out why’d they even let the mother take the baby home. Where did the baby’s poop go. Could all that oatmeal be the poop that was stored under pressure?

I want to see a sequel called EThead. That baby looked like an human/ET hybrid. As always, YMMV.

My cousin, Kessel Junkie, published a blog post that stole an idea from me. That he inspired. And that’s been done since the concept of a list was invented by cavemen. How he can look himself in the mirror is beyond me. Not to be outdone, I’m going to list my favorite Star Trek ships. 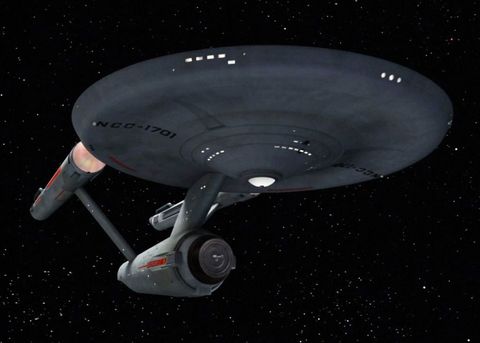 I know what you’re thinking. Shut up. I’m feeling goofy, and that’s a large part of what Star Trek is about. 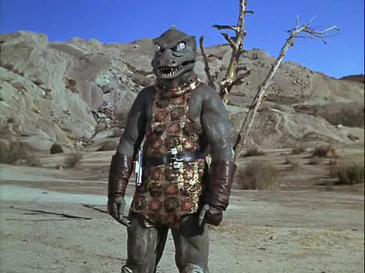 I swear this is my last list of favorites. Unless I have another idea for one.

Sundays are now lazy days for me. Going forward, I’m just going to re-post other people’s work or just do something silly.

I love the Guardians of the Galaxy movies and will always find excuses to mention them. Here’s a behind-the-scenes look you may enjoy.

Hmmmm. In light of the last four posts I published (movies, bands, songs, and albums), I should list my five favorite MCU films. I’ll do that quickly here because my rationale is spread out over my blog.

If you know who to credit for this observation above, please let me know.

My cousin, Kessel Junkie, published a blog post in which he stated that one of his favorite icebreaker questions with people is, “What are your five favorite movies?” He claims that a person’s answer reveals a lot about them. I’m 52 years old. I don’t think I could possibly limit myself to five. So, keeping in mind how I watch movies, here we go.

The Seventh Seal by Ingmar Bergman

I’ve written briefly about this one. I first saw it in high school as part of an English class assignment. We spent a couple of days breaking it apart. It’s a multi-layered film that makes you think if you’re ready and willing to do so. I was quite proud of myself for being the only one in the class (including the teacher) who noticed something in the film: The knight’s strategy in his game of chess against Death was a combination of the knight and bishop. If you consider the film’s theme and the knight’s intellectual struggle, it was not only appropriate that he’d use those pieces, but also appropriate that Death would trick him and defeat the strategy.

I don’t need to justify this to you or anyone else. This was simply a masterpiece, and most agree (both humans and film professionals). The only thing it lacked was comedy. Fredo was a joke, but not in that sense.

I’m a sucker for comedies, and this one somehow stuck with me for years. It hasn’t aged well (no surprise considering how sensitive we’ve become), so I wouldn’t necessarily recommend it to anyone. The movie is stupid fun mixed with a large dose of childhood nostalgia. My childhood was rarely happy, so I tend to latch on to the few good memories with a death grip.

I’ve already explained why this is my favorite MCU film, but why is it in the top five? I’m also a sucker for action movies, and in particular, the superhero genre, so that gives it a boost. Nevertheless, this is, as usual, a bit strange. I can count on my digits how many comic books I’ve read in my lifetime (so no more than 21). I’ve never been a fan of them, but the movies have grabbed me, so my favorite among them makes it into the top 5. Honestly, the top ten probably includes two more of them, Guardians of the Galaxy Vol. 2 and Shazam!, but I’d need the help of a psychologist to properly explain to you why they’re in that list.

So, what’s number five on the list? I can’t say. If I choose a fifth movie, it automatically rules out so many that I’d instinctively say are “top five” movies. There are just too many, and I don’t want to definitively slam the door on any of them (including the GotG2 and Shazam!). I don’t even want to provide an “honorable mentions” list for fear of leaving some very good movies off that one. Thus, the list above is arbitrarily chosen from a much larger list, rendering this post largely meaningless. Don’t you wish you knew that before you read it? 😊 If you think you can do better, go for it. See if you can limit yourself to just five.

This would get even tougher if I tried to provide my top five songs or music bands. Don’t get me started. Dammit. I’m going to do these next, aren’t I? Bands, here

So, for all you psychologists in the crowd, what do these selections (and refusal to select) tell you about me other than that I’m a coward?

Sundays are now lazy days for me. Going forward, I’m just going to re-post other people’s work or just do something silly. This is both. This guy, “Nando,” initially annoyed me, but the more I listened, the more this made sense. What do you think?

I’ve discovered Turner Classic Movies on HBO Max and thought it would be a good idea to watch some of the “classics” I’d never seen. I decided to start alphabetically at Citizen Kane. Bad start.
It didn’t age well. The movie is inspired by William Randolph Hearst, who means absolutely nothing to me. I’m a guy born long after Hearst died (1951), and even longer after Citizen Kane was released (1941). I can’t relate specifically, and the general story is just blah. I’m also annoyed at the “twist” that’s been the subject of so much praise. I see it as less a “big deal” and more a “big disappointment.”
Nevertheless, I at least respect what this film means to the evolution of cinema. According to those in the know, it was a necessary step towards the great movies we have now. I also liked that it went out of its way to highlight new actors in the end credits, one of whom, Agnes Moorehead, played Samantha’s mother in Bewitched.

If, like me, you just have to see it, then do so, but don’t expect much. As always, YMMV.

Mr. Saxon had some classic roles. For me, the ones that stand out are Enter the Dragon and Battle Beyond the Stars, but he was a staple of my childhood TV watching.

Sundays are now lazy days for me. Going forward, I’m just going to re-post other people’s work or just do something silly. Case and point:

Fight me, unless you’re IQ is over 50, in which case you know I’m right.

I never saw a single episode of the original Unsolved Mysteries, but many in my social media stream seem to love it. They seem very happy that it’s back and feel this iteration lives up to the old show. For that reason, I didn’t really want to post something that rains on their parade. I’ve done that enough sporadically through this blog. (Ferris Bueller’s Day Off is one of the worst movies ever.) That said, I felt I had to talk about this one in order to offer up a huge mea culpa.

The whole time I’m watching these episodes, I’m bored as hell, and that’s not a good thing. These are unsolved mysteries, one of which took place in Baltimore, which is relatively close to where I grew up. Watching these episodes is a public service. If there’s any chance of me helping to solve one of these mysteries, I’m going to have to watch them. So I did. All of them. But I was bored. I sincerely hope many of you disagree.

Except for the UFO episode. That’s bullshit. As always, YMMV.

I had never heard of 2007’s Stardust before someone recently posted about it on Facebook. He said he loved it, and it’s streaming on Netflix, so I thought I’d give it a chance.

I was bored to tears. By the time it picked up a little bit, I was so un-invested (<- not really a word, but you know what I mean) in the characters that it was too late to win me over. The story follows a half-faerie guy who looks like Daredevil and goes on a mission to save Claire Danes, who’s really a comet or something. Ugh. So trite and poorly executed. It’s based on a 1999 book by Neil Gaiman, and the cast was incredible (Mark Strong, Robert Deniro, Michelle Pfeiffer, Peter O’Toole, Ricky Gervais, Jason Flemyng, the best Superman, and so many others), so I really expected to like it. I didn’t, and I stand with but a few.

Back to top
kessel korner